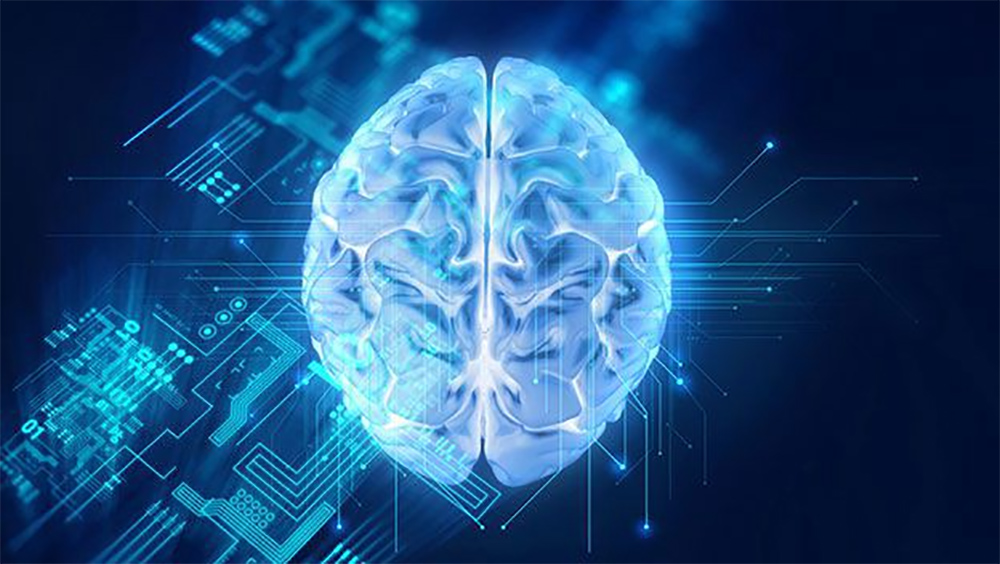 A few months ago, I had an all-at-once experience. I had been hit with a severe case of vertigo that lasted months. Walking dizzy through the day to day, I had just returned to my desk from an important lunch meeting ruminating over if it had gone well or not. As I sat at my desk riddled with anxiety several urgent calls, emails and texts flooded in demanding revisions to a project that had been completed a few days before. At the same time, Facebook informed me that my Great Aunt had passed away. I had two days to get to the funeral. Would I be able to attend? I was also planning a business trip overseas expecting to leave the following week. Suddenly, I was wrestling with the emotional trauma of my aunt’s passing and not being available for my mourning Grandmother. Feeling simultaneously in the midst of a nervous breakdown alongside total rational clarity, I realizing with staggering awareness that I was experiencing the “all at once”. 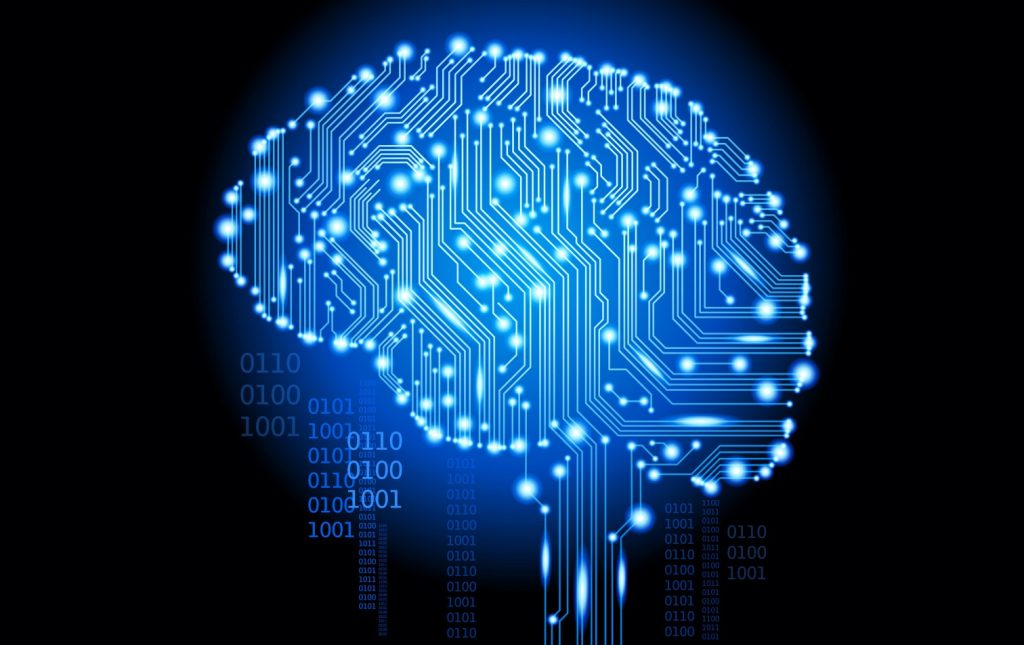 Our physical and digital worlds are blurring together with visceral effect. Media theorist Marshall McLuhan coined the term “the all-at-once” in his book “The Medium is the Message,” (1967) to describe the underlying experience of electronic media and its effects on our bodies and culture. 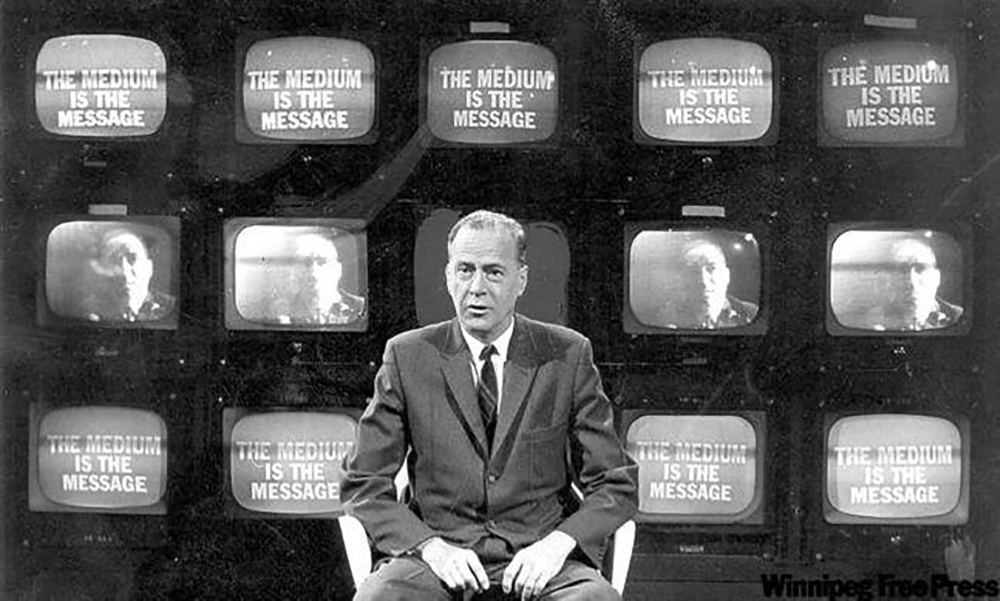 Newer forms of digital communication and the speed of information has shifted towards a rapid, ubiquitous, instant and constant flow where information is disseminated at a furious level of truncation. Images, texts, memes, and news feeds are compressed large amounts of information that are instantly comprehended and trigger reaction simultaneously. Like visual art, comprehension and reactions take place at a nearly non-verbal “all-at-once” in the subconscious. The effects this shift has on our thinking, behaviors and culture holds massive implications towards our evolution. Welcome to the All-at-Once.

The World Health Organization (WHO) reports that almost 300 million people globally have anxiety disorder. The study found that anxiety is more common in wealthier nations while another report using data from nearly 7 million Americans show substantially higher levels of depressive symptoms in 2000-2010 compared to 1980-1990. This time-frame reveals anxiety to be on the rise consistent with the growth of the world wide web.

The National Center for Biotechnology Information published a study on structural changes in the brain associated with addicts of Social Network Sites (SNS). The study showed that people with addiction have altered the interaction between the limbic and prefrontal cortex which promotes strong impulsive behavior and weakened efficiency of inhibitor systems. Which is to say, the SNS addict has a more efficient comprehension and reaction systems but poor ability to step back and analyze.

The study suggests brain morphology is as likely with normal use of digital media because grey matter volume is especially prone to flexible modulation. While further research is necessary to determine effects on neuronal elements, it is understood that the SNS addicted brain is healthy compared to those affected by substance addictions. However, symptoms include heightened anxiety and depression.

Perhaps this pervading anxiety is not caused by information overload, per se. Our brains are clearly adapting to handle more information than ever before. If people can manage information while increasing their ability to process more, it’s possible that as a species we are evolving to ultimately pair cognition with intelligent machines.

Neuroplasticity ensures self-preservation and survival by adapting to changing environments. This is a good thing, however, as McLuhan observed, if we are unaware of how the electronic environment affects us, we lose control over our own minds and reactions.

Traditional face-to-face interaction is associated with richer communication and understanding through non-verbal cues. Deeper connection and meaningful relationships are commonly built through physical interaction. Cultural meaning and communication are deeply personal and highly dependent on unarticulated, often tacit, understanding. We’ve taken this interaction to the digital environment. Technology at the speed of light is challenging established forms of communication and the physical environment that once supported interaction. As such, we experience strong emotional reactions and an instantaneous impulsive desire to react met with incomplete understanding and disconnect. This massive empathetic demand and physical disconnect causes anxiety and distraction from the self.

Our nervous systems have become interconnected with our online social networks in the digital environment where empathy is felt around the world. We tend to feel the pain and suffering of worlds far away while desensitized to our physical surroundings. As our senses go outside us, technology goes inside. Losing ourselves in the digital screens can feel almost like an out of body experience as our attention to our surroundings and others within it becomes suspended and almost unconscious. You’ve heard of people walking into things on the street playing Pokemon Go or disengaged couples eating breakfast while scrolling on their phones together, alone. Unless we become aware of this dynamic and learn to balance it. We can move into a phase of panic triggered by dependence on a world of manipulated networks. 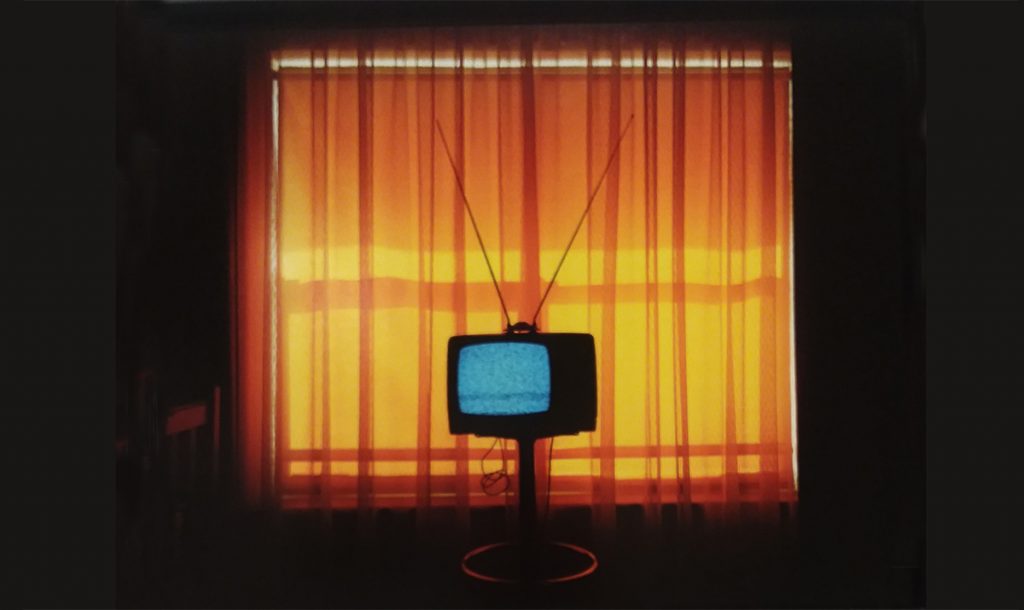 We are physical beings having a digital experience. As mentioned in my article about meaningful materialism, we connect with physical things because we are physical beings. The quest for identity goes along with buying into objects and tribes of other people in order to find out one’s own identity as well as inform the nature of our environment. Rapid shifts of group identity as well as individual self-image can lead to anxiety and even cultural upheaval. When people lose recognition of their self-image and identity, they become very angry, disturbed, and anxious. 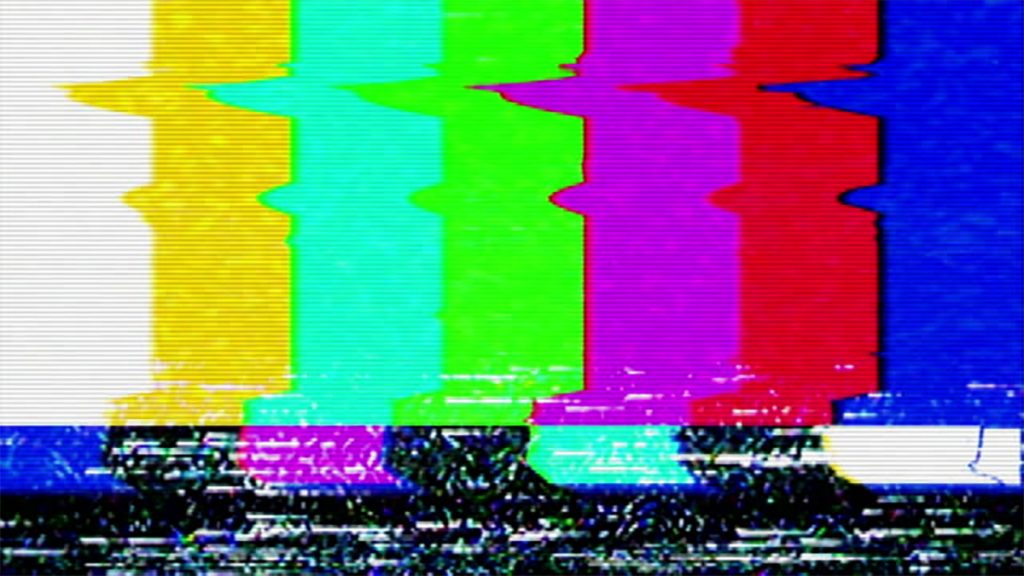 As in a state of confusion, our values are redefined daily by new information and global influences. Modern civilization is responding to the digital environment where our identities become relative. Examples of this influx can be seen in the increased and nuanced variables of gender identity. Heterosexual men are “trying on” their inner inclinations of what it feels like to be a woman and vice versa. Some people are experimenting with non-binary gender identities. This questioning of something so foundational as gender is a signal of fluctuating identity and the circumstances of our dynamic ever-changing environment. Our identities are in an almost liquid state rather than the fixed values and morals that once held true over a lifetime. Identity becomes fluid, temporary and content driven.

Floating in the Most Peculiar Way

In John Lobell’s book, “Visionary Creativity: How New Worlds Are Born”(2015) the architect, professor and author illustrates how our world view and understanding of ourselves in it has changed through the 20th century. Movements in modern art express the disoriented, disconnected and multiple point of view Cubism brought to us. Van Gogh’s brush strokes gave awareness that we exist in an energetic field beyond our senses. This nuance is mirrored by Norwegian artist Edvard Munch’s description of an overwhelming sense of terror depicting energetic awareness through his painting, “The Scream.” 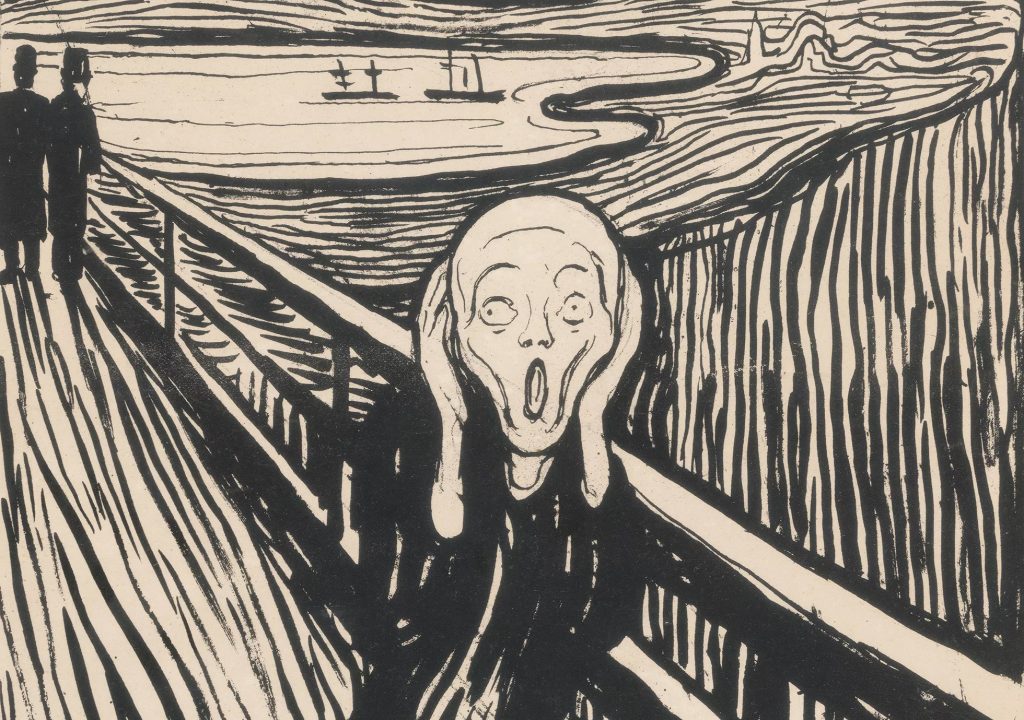 We can no longer afford to believe that we are essentially linear, logical, predictable beings. Our world stage is as much in flux and unpredictable in nature as we are. Natural law itself is discontinuity, irrational, fluid and spirited. We are creative, dynamic and exponentially qualitative beings given faculties to define and create our world. We will need to connect our physical nature with conscious accelerated computational intelligence in order to ensure the evolution of our species. Connecting our physical nature with intelligent machines will require a conscious, self-aware navigator.

Migration at the Speed of Light

Open-ended dynamic futures hold the potential to move beyond the globe and into the universe, building new environments. In the 21st century world we are digital, mobile and networked. We are storable and transmittable at the speed of light. There is potential for hybrid intelligent humans capable of navigating the physical and digital states of an ever-changing environment. 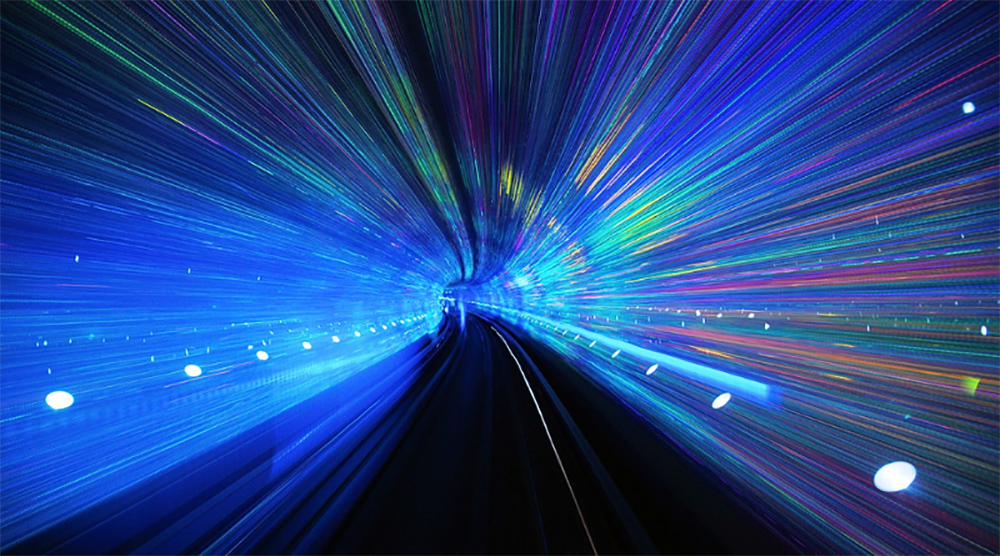 Transhuman advocate and futurist, Ray Kurzweil believes we are approaching the next phase evolution, and he’s not the only one. Elon Musk and Jeff Bezos are also working on neuro-connected interface. Neurotechnology will enable our brains to have direct access to the world of digital information all at once. By the law of acceleration, the extension of our brains and bodies into the cloud will enable another evolutionary leap in culture and technology. We may very well go to space, with or without our bodies. However, we will need to stay connected to our physical nature in order to preserve the human condition. The evolution of human beings depends on our willingness to cope with and reconcile the physical and digital existence. Being conscious co-creators of our physical selves and the digital environment will be essential to designing a future in which we prefer to live. We have the potential to design a future merging human and machine intelligence and migrate outward from the plant to build new interconnected worlds. 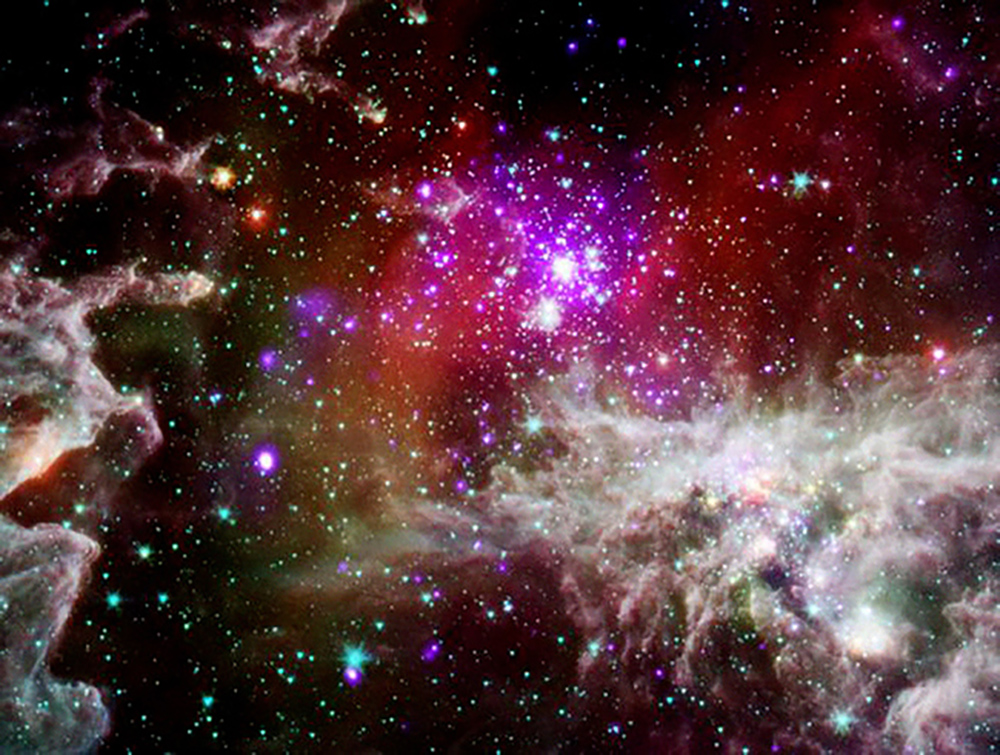 “In a few hundred years, when the history of our time will be written from a long-term perspective, it is likely that the most important event historians will see is not technology, not the Internet, not e-commerce. It is an unprecedented change in the human condition. For the first time – literally – substantial and rapidly growing numbers of people have choices. For the first time, they will have to manage themselves. And society is totally unprepared for it.”- Peter Drucker